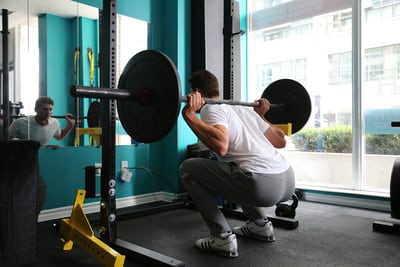 Functional Patterns resistance training does not look the way resistance training looks in commercial gyms because traditional training isn’t functional. Pistol squats aren’t functional. Bench press isn’t functional. Deadlifts aren’t functional. How many times a day do you stop and squat on one leg, bench, deadlift, or do an isolated bicep curl when you’re moving in the real world? The muscles that these exercises train certainly function to help you move but not the way they’re being trained. It’s contextual. So you do need strong pecs and biceps as well as glutes and hamstrings but the way these muscles are being conditioned through traditional exercises doesn’t translate to how they need to function to help you move better in the real world. Your pecs and biceps help drive your arms and torso when you’re walking and strong glutes and hamstrings propel your pelvis and legs when you move. But since most of human movement is upright, on two legs, and horizontal in nature, vertical forces like squats, benches, and deads don’t have much transferability to realistic movements. Sure, those exercises will make you stronger but I say again, in what context? Are you squatting down the street or walking down the street?