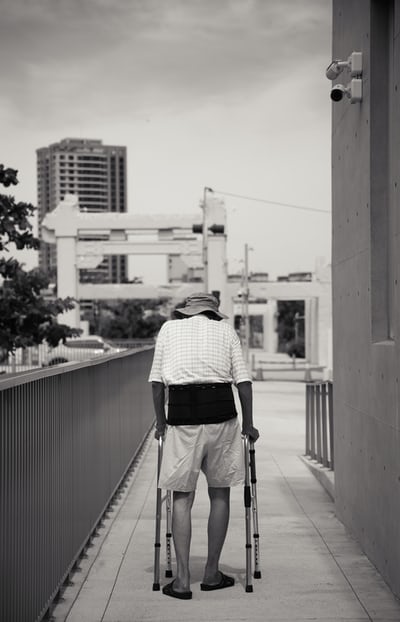 Tension built in the muscles takes pressure off the joints, ligaments, and bones and allows the muscles and tendons to work as the support system for the body.

This all sounds ideal, especially if you’re someone suffering from pain and restrictive movement because of pain. However it’s not guaranteed to happen if you do exercises that compress your structure. Squatting with a bar on your back causes compression on you vertebrae, bench pressing limits the range of motion of your shoulder girdle and disconnects the pec muscles from the powerful oblique muscles, deadlifting causes your lower posterior chain to work but neglects the upper and causes your lumbar spine to overwork.

All of these are very common exercises that are prescribed to build strength, but often what you aren’t aware of is it’s at the expense of your joints, spine, bones, and ligaments. The physics behind these movements causes the muscles to load exclusively through one direction of force, whereas in reality, the same muscles are constantly being used through multiple angles of force.

There are a few problems with this way of training. The movements themselves don’t allow the force to be balanced out through other angles, and so while the muscles are being worked, the nearby joints and ligaments are also being strained. The movements also don’t allow other muscle chains to integrate with the targeted muscles, which leads to overuse and fascial disconnection from the rest of the chain. Finally, since the movements only train one force at a time, when you go to use your body in the real world, the muscles aren’t thoroughly prepared to be resilient against the multiple forces acting on it.

These movements do make your muscles stronger, but only within the context of the exercise itself. Once your body is off the bench, or the bar isn’t on top of it, your muscles have not been conditioned to withstand other forces. Additionally your muscles have not been conditioned through integration and all the built in connections are not linked efficiently so muscles are working on their own to help support you. Like you’re in a canoe with a group and you’re the only one doing all the paddling- the group should work together to make the paddling easier and the water more enjoyable. Your muscles should learn to work the same way.

Exercise should be used to build resiliency to life outside of the gym. This concept is one that our trainers always remind our clients of when we teach them exercises that align with this principle. The result is a stronger body, leading to less pain and old injuries being resolved in the process.

Come to our gym and learn what is best for your body and how you should be exercising to promote longevity and sustain your fitness.