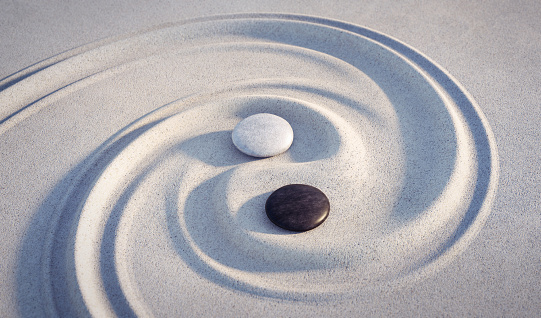 What goes up, must come down, what goes left, goes right. Basic principles that can be used to train functions for the body, specifically with exercises that reinforce basic human movement patterns.

One pattern that accounts for moving your body is referred to as contralateral reciprocation. It’s primarily explained as your arms and legs working in uniform opposition- right arm swings forward as your left leg kicks forward, while your right leg kicks back and your left arm swings back, to rhythmically propel yourself through space; as in walking.

Watch any person walk or run (and even throw) and you’ll see reciprocal functions taking place throughout their body. Ipsilaterally and contralaterally. It’s a trait that the human body has developed as a result of its movement patterns.

Since the human body primarily operates through a series of reciprocal actions, you can use the principle of reciprocity and apply it to exercises in a way that replicates how the body moves in reality.

Realistically, walking is a, taken for granted, movement that your body does the most. If you want to get “strong” in a way that matters for the world you’re living in, get better at strengthening your body to master the mechanics behind walking, and running… (and throwing). That way you built your body to be resilient for what it endures on a daily basis, and to better withstand the damage from gravity and the force it places on your body.

Let’s reign this back in to, the title of this post: Reciprocity, and why it’s a piece of the puzzle to overall better movement.

If you study the patterns of human movement you’ll find that the body is constantly reciprocating, from basic examples like agonist and antagonist muscles- as one muscle contracts, the one opposite of it it, stretches. And the  timing of the inhale and exhale of your breathing mechanics. Then to the mechanics of contralateral reciprocation like walking, sprinting, kicking, punching, a golf swing, even a baseball pitch. And to more advanced reciprocation, like the micro sequences within oppositional motion. Like the Yin and the Yang, without one, you’d have too much of the other, and that would throw out the balance.

Let’s circle that back to exercise and “training” the body. Training doesn’t always need to be referred to as physical. With the right kind of exercise you should be training your brain and body, and using stimuli to condition the desired response you want for your body, or brain. If you understand that mechanisms in the body work in reciprocation then you can use exercise as form of stimuli to condition more harmony within the body. Exercises that revolve around the principles within gait (walking, running, throwing) involve contralateral reciprocation patterns of movement that communicate to the brain, that the body is in harmony with its biology- how humans evolved to move.

Think about it this way- an upright chest press, with a step, is reinforcing movement patterns that align with human movement, and reconditioning the neuromuscular system to achieve a more rewarding response. Versus, squatting with a bar on your neck, and lifting the weight up and down, or using a dumbbell to pump out 20 reps of curls for big arms- with no regard to what’s going on with the rest of your body. Have you consider that because the body works in harmony and integrates muscles to work synergistically at once, that isolating one muscle to work one at a time, creates disconnections in your neuromuscular system. So, which form of exercise do you think would create more symbiosis versus division in the body? No more Yin and Yang together.

While there is still much more to account for in terms of exercising, training, principles, function, and reciprocity, this was written with the intent to create a different way to think about exercise. And the effects it has on your body, function, wellbeing, and longevity. As we learn more about the human body and how it operates, we can finally become more intelligent with the way we exercise. No longer for sport or ego, because those aren’t healthy for your body and more importantly you can’t sustain the behavior.  So you spend a few years looking good, maybe even feeling good without joint pain, but eventually it’ll catch up to you and you won’t be able to move, you’ll hurt, you’ll put on weight, turn to dysfunctional behavior for comfort, and enter the hard to get out cycle of self sabotage. What if you could use exercise to get healthier as you age? Not to look good like when you were younger but to feel youthful, energized, and functional like when you were younger! It’s a red pill to swallow but one that can be rewarding in terms of wellbeing as you age. All the fears and self fulfilling prophecies of hip replacements, back pain, and immobile joints can all be avoided, if you decide to train smarter instead of harder. Set yourself up for the long run. The world needs strong and capable humans! 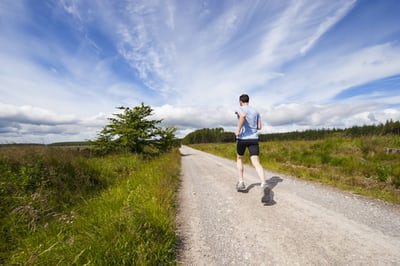 Those achey knees from barbell back squats or faulty running mechanics may worsen and require a knee replacement when you’re 50. But it’s not because you’re getting older, it’s because time is catching up with you from the way you behaved/lived/exercised leading up to your present age.

Experiencing pain or a hurt [insert joint here] after activity is your body telling you something’s wrong. It’s not about pushing past it with the “no pain, no gain” mentality. Push past your ego and admit your body isn’t the specimen you thought… and get to work on fixing the problem.

If you’re trying to live the life you want, pay attention to the little details that cumulate over your lifetime. That bum ankle slowly causes dysfunction further up the chain and 5-10 years later you wonder why you can’t function and perform like you used to.

Remove yourself from the injury cycle of exercising foolishly, hurting yourself, not exercising for several weeks, then going too hard for your body to keep up, making the old injury worse, sitting out for a month, and repeating this as a “normal” way of life. Work on preventative measures that are sustainable, no matter how old you are or what your current fitness level is, to keep yourself in the game called Life.