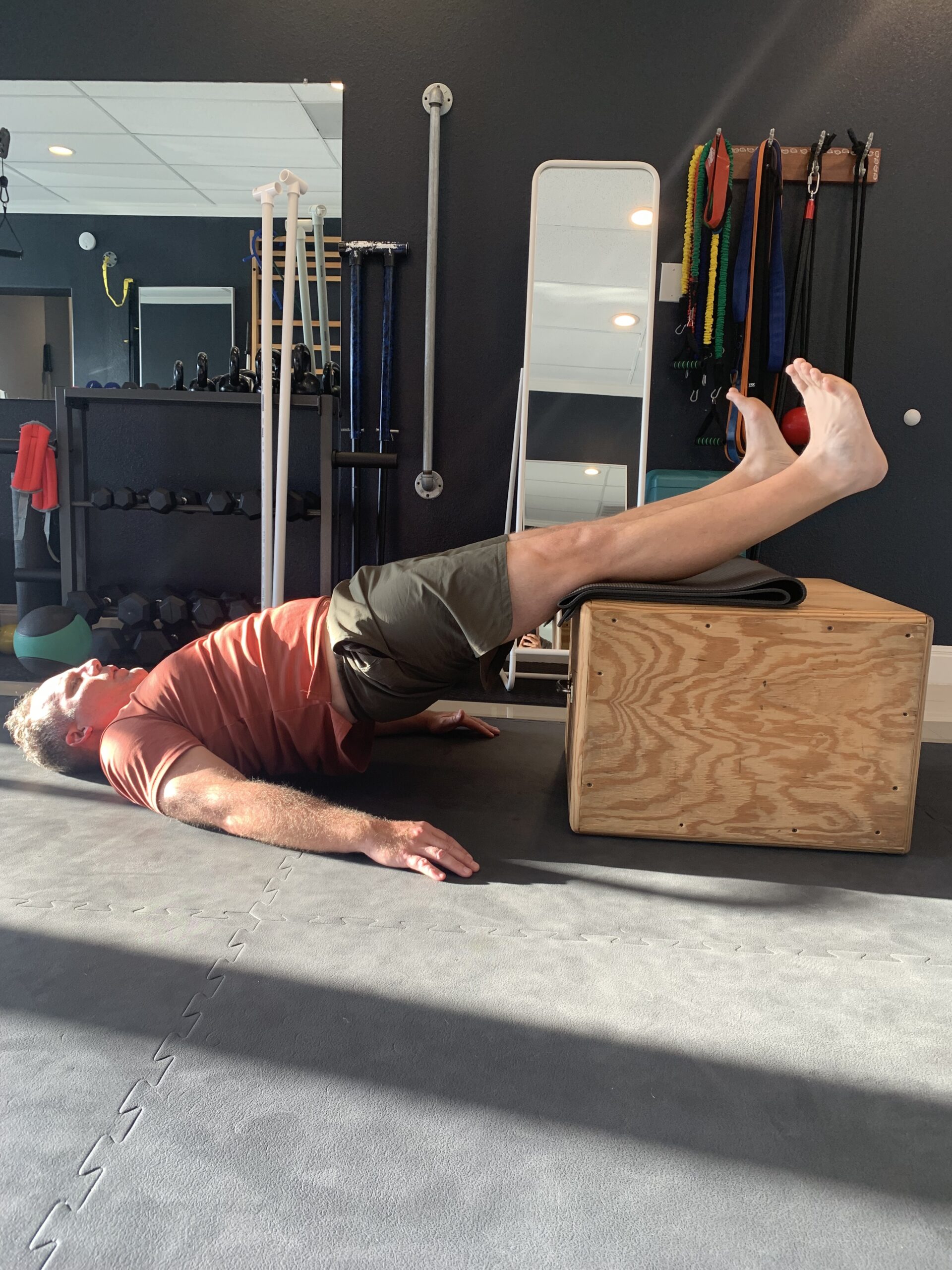 Why is this exercise superior to the traditional variation of the “bridge?”

This exercise is teaching muscles to contract the same way they do to support these joint positions in reality. Not necessarily this exact position, but the overall position of the joints relative to other joints.

For example, the problem with the traditional glute bridge is that it trains the hips to extend while the knees are in flexion- when in reality this joint position combo doesn’t happen. When your hips extend, your knees are also extended- so it’s important to match the exercise up with what happens in reality to condition your muscles the way they naturally work.

Google “glute bridge” and you’ll see the difference in the exercise pattern between the traditional technique and the functional technique. Basically speaking, when your hips lift up they are extended, and when your hips are extended in real world movements, your knees are also extended. Hence why we teach our clients to perform the glute bridge with the hips up and the knees straight. This way teaches your muscles to associate contractions with the way they contract in the real world, providing more muscle support for your joints inside and outside the gym.

Our team of Functional Patterns trainers do a phenomenal job educating you about why certain exercises don’t work the way we thought they did. Instructing you through functional alternatives that train your muscles to function properly with the rest of your body, in the context they’re supposed to work.