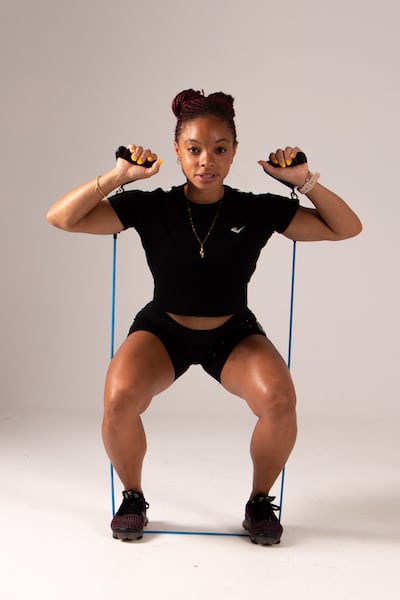 It’s time to educate yourself on the relevance of the squat. Prioritizing this movement in your training routine when it makes up a small amount of daily movement, neglects movements that you do majority of the time, like walking. Think about it… outside of the gym how many times a day do you squat compared to how many steps you take?

We aren’t kangaroos, we’re humans. We move around by transferring our weight from one leg to another in a contralateral pattern. Whereas a squat is going to keep your legs confined to a bilateral position. We aren’t saying squats aren’t important, but in the real world when you need to bend over and pick something up it happens a fraction of the time, it usually doesn’t happen repetitively, and you’re doing it for a specific purpose that normally doesn’t make up your entire day (unless your job or sport requires that, but we’re talking about general function).

When you use the squat as an exercise, you’re performing it for numerous reps with the intent to build muscle and get stronger. The problem with using squats (or any bilateral/sagittal based exercise) as the bulk of your leg training is that you’re building arbitrary muscle mass, meaning it doesn’t serve a purpose. The strength you built doesn’t carry over outside of the squat pattern, so the way your body moves most (ie; walking) doesn’t have the support it needs.

Come train with our trainers to learn how to build muscle that aligns with it’s function. Carrying over the strength you build in the gym to a stronger body outside of the gym. You’re human, it’s time you start training like one.