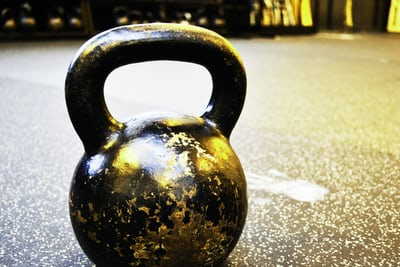 Your functional capacity is a byproduct of your exercise regimen, or lack thereof. Lifting weights up and down to build big muscles is shortsighted when you don’t consider the function of the muscle.

Muscle mass built on a compromised structure turns into dysfunctional muscle because its main function(s) isn’t its only job anymore. It’s having to hold your body upright in positions that aren’t preferable but it’s stuck there, because you have trained the muscle to associate its function “this way” instead of the way nature intended.

Lift weights to train your muscles in the context that your body uses them most. You walk on a daily basis, so a unilateral stance progressed with stepping patterns translates more to reality than a squat because you’re learning how to transfer and distribute weight every rep with a step, as opposed to keeping your feet fixed in one plane during the simplicity of a squat.

Is the way your train relevant for what you want your body to be capable of, in life outside of the gym?